Skip to Main Content
It looks like you're using Internet Explorer 11 or older. This website works best with modern browsers such as the latest versions of Chrome, Firefox, Safari, and Edge. If you continue with this browser, you may see unexpected results.

President W H S White is the second-longest serving chief administrator of Shepherd College (27 years); both White Hall and White Gymnasium (the former building on the same plot) are named for him.

President White saw the campus through the Great Depression and World War II, oversaw the expansion of the campus to include the Little House and Barn, the on-boarding of a campus physician, nurse and engineer (1937), and the growth of pre-professional program tracks (pre-medical, pre-dental, pre-law).

His wife helped create and mentor the first  coed Forensics and Debate club in 1924 and she ran the Elocution department for several years before that. 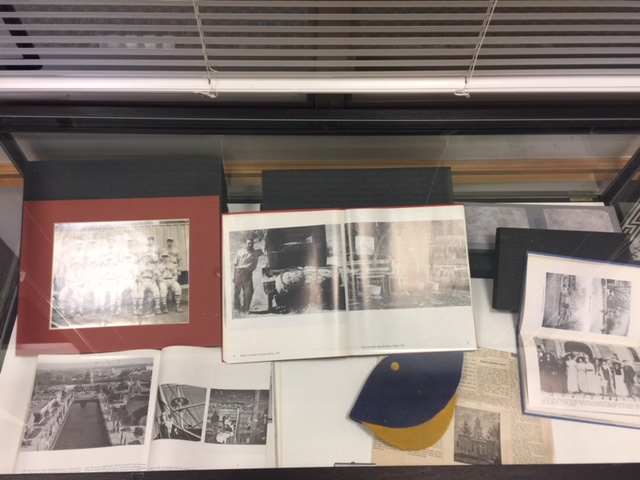 This display showcases the 1930's at Shepherd, including a picture of the baseball team from 1932, a photo of long-standing faculty in front of a college building, an issue of the Picket detailing the debate question of a particular year in the decade, a college beanie, and two books from the library (one showcasing the hopes of the upcoming 1940's, the other showing images from the Great Depression.

The wool beanie in the display is one of several Shepherd University Archives possesses; it is unlettered but is done in the school colors. The beanie resembles the baseball cap (note the 1932 baseball team photo) and the cap on the cider-seller's head in the book behind it.

Below is a selection of books written or compiled from individuals in the 1930's; two are fiction, two are non-fiction.

The Grapes of Wrath by John Steinbeck